SOUTH BEND, Ind. — REAL News Michiana has uncovered what appears to be another high ranking city official reaping the benefits of the city’s plan to help families who struggled during the economic shutdown of the COVID pandemic. According to records obtained by RNM, the Mayor’s own Director of Community Outreach, Shalon Davis, appears to have received more than $1,500 in relief.

REAL News Michiana has discovered what appears to be multiple high ranking city officials receiving payments from the City of South Bend from money that was was intended to go toward helping people who were financially impacted by COVID19 lockdowns. These officials not only maintained their jobs through the pandemic, many were given raises or bonuses during that time.

RNM is breaking down the disbursement of nearly $3.1 million dollars used for Utility Forgiveness, which wiped away outstanding bills for water, sewer and trash for approximately 5,000 residents. According to records obtained by RNM, Shalon Davis received $1,538.67 in forgiveness.

According to the City of South Bend website “Shalon “Shay” Davis is the Director of Community Outreach. Davis has faithfully served the City of South Bend since 1998.  She has served as the city’s United Way Coordinator, a board member of Mamas Against Violence (MAVs), Community Relations Coordinator for the St. Joseph County African American Democratic Coalition, volunteer with the annual Martin Luther King celebration, and is volunteer coordinator with Toys for Tots. Davis is a native of South Bend, a graduate of John Adams High School, and proud mother.”

Multiple recipients of the forgiveness program appear to be in a Director level positions within South Bend city government, including Mayor James Mueller’s own executive assistant. According to documents uncovered by REAL News Michiana through a public records request, Yesenia Garcilazo received $195.37 in utility forgiveness. Garcilazo appears to be the Executive Assistant and Director of Special Projects for the City of South Bend.

An Alkeyna Aldridge received $382.52 in utility forgiveness. Aldridge appears to be South Bend’s Director of Engagement & Economic Empowerment with a salary of more than $70,000.

The City of South Bend refused to provide RNM with the addresses that received the forgiveness. And, city officials will not discuss anything about the program with RNM. However, RNM was only able to identify one Shalon Davis, Yesenia Garcilazo and Alkeyna Aldridge living in the Michiana area — all of whom are high ranking officials within Mayor James Mueller’s executive team.

While the program was a blanket amount of money given to anyone who was behind on their utility bills, it’s unclear exactly how much advance notice about the program certain city officials had and if they took advantage of the situation by then deciding not to pay their bills — understanding the debt was going to be forgiven.

If you’d like to view the entire list of people who received the disbursement, please become a subscribing member. 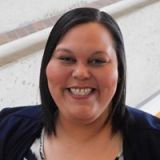