A national spice company has decided to alienate half of the country again with an email blast to ALL of its customers. Several REAL News Michiana subscribers forwarded us an email from Penzeys Spices with the title, Republicans are Racist Weekend, as a celebration of Martin Luther King Jr. holiday.

The email celebrates the communist Black Lives Matter organization and seems to insinuate the riots in cities across the country in the summer of 2020 were somehow virtuous. Below is the first three paragraphs from the email.

Remember when Black Lives Matter started to have some success getting all of America to see how unfairly Black Americans are treated in this country and the importance of us all saying Black Lives Matter until Black lives start to be treated as though they do matter? Remember how Republicans, seeing the success BLM was having in moving America towards greater equality for Black people, in many ways the first real success since the time of Dr. King, remember how Republicans did all they could to derail that success by trying to drown out BLM’s message with shouts of all lives matter, and blue lives matter, and lying about the leaders of BLM being Marxists and Communists?

Remember after George Floyd’s murder the anger and righteous outrage that swept across America? Remember how Black Lives Matter stepped in and redirected that anger into peaceful protests that millions of Americans from across all walks of life participated in, amassing a hundred million human-hours of peaceful protest? Remember how Republicans, going against a mountain of evidence to the contrary, once again lied and said BLM wasn’t a peaceful movement but instead terrorists inciting violence throughout the country and then raced out to buy a crapload of guns because maybe they were finally going to get their chance to shoot a Black person? What a bunch of racists.

So many great things about our spices and seasonings. One of those great things is that pretty much every one of them, by virtue of where they are grown, who they are picked by, or by the cultures of the foods they ultimately go on to season, cheeses off racists. And where normally cheesing off racists is something we throw in for free with the purchase of any of our spices, in honor of the life of Dr. King, this extended weekend we are throwing in an extra cheesing off of an up-to-$12.95 value 1/2-cup jar free with any $10 purchase.

Penzeys and its CEO have been notorious for attacking republicans. The company sent an email blast to customers on the anniversary of January 6th and also attacked President Trump while he was still in office.

Want to keep seeing the news the legacy media just wont report? REAL News Michiana relies on member subscribers to keep going. As a subscriber, you’ll get an RNM mug and invites to special events. Help us continue to expose corruption and report on the news conservatives care about by subscribing here. 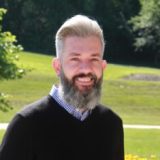