Antifa Member Goes Back to Abortion Clinic Despite Fed. Investigation

SOUTH BEND, Ind. — Despite a federal investigation into his actions that led to him nearly hitting a sitting member of congress with his car outside of a South Bend abortion clinic, REAL News Michiana has learned Antifa member Michael Case was back at that abortion clinic on Friday. Below are pictures of Case in his black Dodge Charger at the clinic this week.

Last week, Republican Congresswoman Jackie Walorski, confirmed to REAL News Michiana the U.S. Capitol Police are investigating an incident where case “swerved” his car toward her and a group of pro-life activists outside of the Whole Woman’s Health abortion clinic.

RNM obtained exclusive surveillance video of the incident that can be seen below.

As you can see in the google maps picture below, there is a large shoulder and bike lane. The vehicle crossed the bike lane into the shoulder where the congresswoman was walking. It’s also where many of the pro-life activists walk during business hours.

Case, an Antifa activist, regularly volunteers as an “escort” for women visiting the clinic to get an abortion.

Below is a statement from Walorski sent to RNM last week regarding the incident.

“On Saturday, May 15th, I joined a group of pro-life Hoosiers in prayer while they gathered peacefully near a South Bend abortion clinic. As I was leaving, a vehicle traveling quickly down Lincoln Way West swerved toward the group and came to an abrupt stop just a few feet away from me. Given the recent increase in threats against members of Congress, the U.S. Capitol Police are investigating this incident.

“I stand with my fellow pro-life Hoosiers who work to defend the most vulnerable among us, the unborn. They will not be silenced or intimidated by threats or acts of violence from radical activists. As Americans, we can debate and disagree on fundamental issues, but it is absolutely unacceptable to endanger the lives of others.”

RNM also uncovered a Facebook post about the visit in which Case wrote “Jackie needs to learn to stay out of the street.” You can see the post below.

Case has a history of aggressive behavior toward pro-life activists. RNM previously ran a story about the tactics of the radical pro-abortion “volunteers” that you can read here. Below is a video of Case getting out of his black Dodge Charger to aggressively threaten a pro-life activist.

Many of the abortion clinic “volunteers” are open members of Antifa and an Atheist group called Northern Indiana Atheists.

Case has threatened people on social media with Antifa before. You can see an example below where Case was identified by someone in a video on social media.

However, going after politicians is nothing new for the radical “volunteer escorts” at Whole Women’s Health. One activist, Tonna Robinson, has made a name for herself by attacking local political leaders. You can read about one incident here where she managed to get a Goshen City Councilman to resign by claiming he espoused “racist and white supremacist views.”

Below are photos from Robinson’s Facebook page where she wears a shirt with “Deathscort” written on it. Another is outside of the St. Joseph County Jail with the acronym ACAB (All Cops are Bastards). And, another profile picture that says “Official Antifa Employee.” 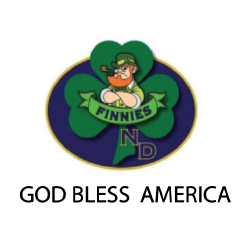 Cops Arrest Latin King for Attempted Murder. He Was Out of...