SOUTH BEND, Ind. — Police arrested the suspect in a December road rage shooting, in which a man fired multiple rounds into the vehicle of State Representative Jake Teshka and his two young children, ages 3 and 6.

51-year-old Edmande Hill is now facing two felony charges for the incident that happened on December 8th of last year.

“Obviously we’re breathing a sigh of relief knowing this man cannot do this to anyone else or their families.” Teshka told REAL News Michiana. “One bullet passed my head within a couple of inches. This shows how precious life is and we’re going to live like inches matter, because obviously, they do.”

According to charging documents, detectives were able to track down the suspect using traffic camera video to see the license plate of the vehicle he was driving. Police determined the vehicle was an Enterprise Rental car. Detectives determined Hill was the person the vehicle had been rented to. Teshka was then able to identify Hill in a photo lineup.

REAL News Michiana spoke exclusively to Teshka about the incident at the time. Teshka says he had just pulled onto the bypass from Cleveland Road. He was coming down the onramp when he first noticed the soon-to-be shooter.

“He was right up on my tail.” Teshka said. “He was driving a newer model maroon Dodge Caravan.”

“So, I sped up as we were getting on the highway. He flies by me, jerks over to the left lane and takes off.” Teshka recalled. “I was just thinking, this guy is a jerk.”

“I saw there was a truck in the right lane ahead, so I got into the left lane to pass. The next thing I know, this minivan is in the lane next to me. The diver has the window down and he starts shooting into my car.”

“This is something my children and I will have to process continually.” Teshka told RNM “It’s going to take a while to completely process everything.” 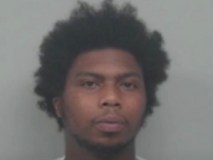