NOBLESVILLE, Ind. — A 14-year-old Noblesville girl is taking legal action after her high school principal revoked a pro-life student club she created this year. Noblesville High School Principal, Craig McCaffrey, revoked the Students for Life club after initially approving its creation earlier this fall, citing parental involvement. The student says she had her mother sit in on a meeting with an administrator so she wasn’t alone with an adult male.

“I actually started putting together my club before school even began.” Emma, who asked REAL News Michiana not to use her last name, said. “I set up a meeting with the principal that was the second day of school. It was my second day of high school actually.”

Emma tells RNM, shortly after that initial meeting, McCaffrey approved the club and she was working on scheduling meetings and creating fliers.

“We had about 30 students (interested in joining the club).” Emma said. “I had to set up a callout date. I had 30 students interested, but I needed to maintain that and get meetings started. I learned I had to go through the school Dean in order to get my callout meeting official.”

Emma tells RNM, that’s where things started to take a turn. After several email attempts, she was unable to contact the Dean, Jeremy Luna.

“Not even a courtesy, ‘I see it, I can’t answer right now,’ none of that.” Emma said. “I had the entire semester of events scheduled. We were running out of time to get everything approved, fliers made up, hung. I had less than a week for when we were wanting to have the callout date scheduled.”

“So, one morning I thought, I really need to talk to this guy. I’m just going to wait in the office.” Emma explained. “My mom was there too, so I wasn’t alone in a room with this adult. It’s a family rule.”

Emma says they eventually had their meeting. Her mother did not ask questions, as Emma is creating and running the club.

“Nothing got accomplished.” Emma said.

Emma said another administrator did not approve a flier she was hoping to hang up. She asked Dean Luna why the flier was denied.

“He initially said it’s because there’s a picture on it.” She said. “After I explained I have seen other posters with pictures, he said ‘it’s because that picture is on it.'”

You can see the flier below. It has pictures of students holding signs that say “Defund Planned Parenthood” and “I am the pro-life generation.”

In comparison, below is a flier hanging at Noblesville High School for the Black Student Union, in which there are pictures of the communist raised fist.

Shortly after that meeting, Principal McCaffrey sent an email to Emma’s mother stating in part, “…it was unusual and unorthodox for a parent to be present (during a meeting). We continued the meeting because Emma did all of the talking and did a good job of representing what she wanted to do… Please understand that student interest clubs are 100% student driven and can have no involvement from any adult… At this point, I am not confident that this club is a student-driven club and therefore am removing the club’s approval to meet in school.”

You can read the entire email below:

Earlier this month, an attorney for Charitable Allies stepped in to help with legal representation. The attorney sent the following demand letter, giving the school district 15 days to reinstate the pro-life club, plus provide specific requirements for posters and certain meetings. That 15 days was up on Friday, November 27th. However, it was during Thanksgiving break.

RNM has reached out to Principal McCaffrey to see if the pro-life club as been reinstated. As of publication, we have not received a response.

Want to keep seeing the news the legacy media just wont report? REAL News Michiana relies on member subscribers to keep going. As a subscriber, you’ll get an RNM mug and invites to special events. Help us continue to expose corruption and report on the news conservatives care about by subscribing here.

Cop Killer Released 1 Day After End of Watch Anniversary, Did Less Than Half of Sentence

“Girls” on the Run? Charity for Girls Promotes Kids in Drag

Cop Killer Released 1 Day After End of Watch Anniversary, Did Less Than Half of Sentence

“Girls” on the Run? Charity for Girls Promotes Kids in Drag 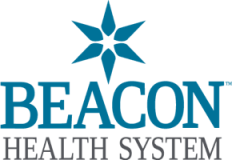